Xbox Series S accidentally confirmed by Microsoft ahead of reveal

Rumors of a second next-gen Xbox model have been floating around since Microsoft announced Project Scarlett at E3 2019. Not only has hard evidence been uncovered to support the existence of the Xbox Series S, but when Sony revealed that it would sell a PS5 Digital Edition without a disc drive alongside the standard PS5, it seemed inevitable that Microsoft would follow suit. August came and went without any official word from the company, but the existence of the console has now been all but confirmed by an Xbox Game Pass Ultimate voucher.

On Monday, @BraviaryBrendan on Twitter explained that he received a new Xbox controller from Microsoft after his broke, and inside the box was a voucher for a 14-day free trial of Xbox Game Pass Ultimate. That’s par for the course for Xbox hardware, but the following line got his attention: “Includes Xbox Live Gold and unlimited access to over 100 high-quality games on Xbox Series X | S, Xbox One, and Windows 10.”

I got a new controller for my Xbox since mine was broken. Interestingly enough, the Game Pass Ultimate trial code sheet mentions the unannounced @Xbox Series S. It’s definitely a thing. pic.twitter.com/GX1rOYG5g7

The “Xbox Series X | S” formatting is identical to what we saw on the packaging of the Series X controller that leaked last month. In all likelihood (and as some reliable sources have indicated), Microsoft had initially planned to announce the Xbox Series S much earlier in the year, but the coronavirus pandemic threw off the company’s plans. As a result, products mentioning the console were always meant to begin shipping around this time.

Meanwhile, Microsoft has yet to find the right venue to unveil the Xbox Series S and give us a rundown of its features, but there have been indications that the company will host another major Xbox event in September. GamesBeat’s Jeff Grubb included it on the final edition of his Summer Game Mess calendar, and The Verge’s Tom Warren also said that an Xbox announcement is coming this month. We shouldn’t have to wait much longer.

According to previous reports, the Xbox Series S will be a cheaper, less powerful alternative to the Xbox Series X with 4 teraflops of computing power (compared to 12TF on Series X), 7.5GB of RAM, and the same CPU as Series X. The price of the console is going to be as important as ever this fall, especially as many are still reeling from the effects of the pandemic, so if the Xbox Series S ends up being the cheapest next-generation console on the market, it may just find success where the Xbox One failed to do so with its $500 price tag in 2013. 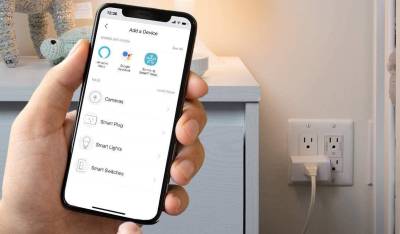