Microsoft surprised fans last week with unexpected next-gen Xbox announcements. The company confirmed the Series S leaks were real and revealed that the cheaper console will cost $299. The Xbox Series X will retail for $200 extra when the two devices start selling online on September 22nd. The new consoles will ship on November 10th, Microsoft revealed.

Microsoft blinked first when it comes to revealing pricing and availability details for the next-gen console. But Sony didn’t answer in any way. A report that followed Microsoft’s revelations said that Microsoft forced Sony to cut the entry prices of the PS5 models, claiming that the disc version was “considerably” more expensive than the Xbox before Microsoft’s announcements. Sony announced on Saturday its next PS5 event, a 40-minute online-only press conference focusing on games. It’s unclear whether Sony will reveal PS5 launch details at the show, but Sony has to release PS5 availability information sooner than later. While we wait, we do have one more leak that might revel the purported pricing structure of the PS5.

The PS5 and PS5 Digital Edition will cost $499 and $399, respectively, according to last week’s report that said the Xbox Series X forced Sony to cut the PS5 prices. Those prices were thrown around in a variety of leaks so far, and seem to be widely accepted by fans. That $500 price tag seems to be the sweet spot for a next-gen console that features massive hardware upgrades over its predecessor. But we’re only looking at unconfirmed rumors.

A user on a Spanish forum (via ResetEra)posted the following screenshot that comes from a Spanish retail chain. The list contains a bunch of consoles, including several Nintendo Switch models, as well as two mysterious models. One is a €499.90 “Aurea” device, and the other is a €399.90 “Enigma.”

Considering that Microsoft already announced the Series S, as well as pricing for two devices, the Aurea and Enigma can’t be codenames for new Xbox models. Not to mention that the prices don’t exactly match Microsoft’s.

That leaves us with the PS5 and PS5 Digital Edition as the only remaining candidates. If the pricing structure is accurate, then the PS5 will cost $499, while the PS5 Digital Edition will cost $399. That’s because a direct conversion from Euro to the US dollar will not get you the actual price. The PS4 was priced at $399.99 and €399.99 in late 2013 when it launched.

While retailers that will sell the PS5 and new Xbox likely have some knowledge of the upcoming console selling season, there’s nothing to confirm the inventory listing above contains genuine information. It may all be placeholder information in anticipation of Sony’s PlayStation 5 announcements.

But there’s no question that Sony has to come up with a competitive pricing structure for the PS5, especially in a year that’s dominated by the novel coronavirus pandemic and resulting economic uncertainties. Matching the Series X price makes sense, while the PS5 Digital Edition can’t be as affordable as the Series S, considering that it’s essentially a PS5 version without a disc. 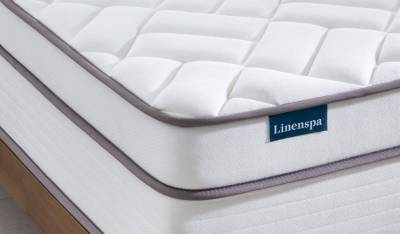